Ach So … A Dispatch From the Brave Old World

You may recall that the Chancellor Angela Merkel, bizarrely, authorized German prosecutors to investigate the German comedian Jan Böhmermann on charges of violating Germany’s lèse-majesté laws, this because he recited a poem suggesting that Turkey’s President, Recep Tayyip Erdoğan, enjoyed carnal knowledge of goats.
I was flabbergasted, as I’m sure you were, by this development. I was particularly astonished that Merkel could make such a blunder in the runup to the Brexit referendum. Merkel’s a highly intelligent woman: It didn’t seem plausible to me that she would have no clue how outraged her own citizens and those of the rest of Europe would be by this.
The views of the latter are perhaps even more important, one could argue, given that Merkel’s put keeping the EU together, come hell or high water, at the center of her agenda. She clearly sees a united Europe as central to Germany’s interests. Yet it would be hard to have handed the Out campaign in Britain a bigger gift, and impossible further to delight Vladimir Putin.
Her refugee policy is not universally admired on Ricochet. But I’m sure we’d all agree that the case for it may be made by reasonable people. The decision to allow a comedian to be prosecuted for being a comedian can’t. It’s outrageous. It was widely and immediately recognized as outrageous, and Europe was widely and immediately outraged, as the “Je suis Böhmi” hashtag suggests.
Merkel’s explanation, you may remember, was that the law was on the books, and Germany was a country under the rule of law. She would move to have the law changed as quickly as possible, she said, but until then, the decision was not properly hers to make. It was a matter for the judiciary.
But this was patent nonsense, and immediately understood to be nonsense. A probe under section 103 of Germany’s criminal code — “insulting organs or representatives of foreign states” — can only proceed with the approval of the federal government. The law specifies this deliberately, presumably because its original purpose was to allow the criminal law to be deployed as an instrument of foreign policy. Previous German governments have rejected requests made on behalf of President George W. Bush (yes, really) and Pope Benedict XVI. Germany did accept a case on behalf of the Swiss president, oddly enough, in 2007: A Swiss man living in Bavaria was fined for insulting the Swiss president in comments posted on the Internet.
The Swiss also have a lèse majesté law, by the way. It was used in the 1970s by the Shah of Iran, who was displeased with his depiction in a Swiss satirical magazine, and used again in 2010, when a group in Geneva put up posters depicting Moammar Gaddafi with the tagline “He Wants to Destroy Switzerland.” The case was dropped a few months before Gaddafi was killed.
In one sense, we have to give Merkel credit for uniting Europe: She united it against Merkel. The Greek Finance Minister Yanis “Stinkefinger” Varoufakis was thrilled to be able to stick it both to Merkel and Erdoğan at the same time. O, happy day! 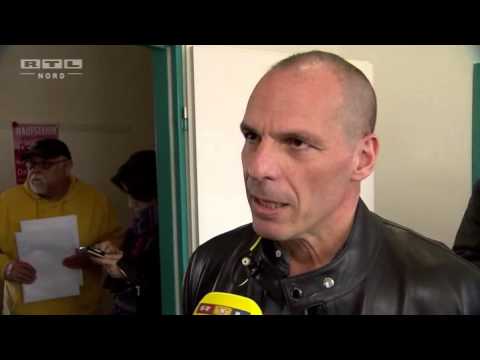 Charlie Chaplin’s granddaughter got into the Merkel-must-go act. The Spectator introduced The President Erdogan Offensive Poetry Competition. An anonymous reader offered a £1000 prize to the victor (a language warning on that link, too). The Economist headlined the story in verse: “There once was a prickly sultan/Whom Germans were fond of insultin’ …” Foreign Policy joined in: How Many Angela Merkels Does It Take to Screw German Comedy?
The Hague promptly and wisely voted to abolish the Netherlands’ own lèse-majesté laws. (The last person to be prosecuted for insulting a foreign head of state there, by the way, was a student named Geert Mak who in 1968 likened LBJ to a Nuremberg war criminal. Yes, really. I was quite surprised to learn that American presidents, too, have in recent memory made use of these laws. They should not have.)
Austrians showed their dismay by voting for a pro-Putin wingnut.
Merkel managed to earn the disapprobation of the European Council president, Donald Tusk: “The line between criticism, insult and defamation is very thin and relative,” he said, correctly, recalling his own imprisonment for opposing Poland’s communist regime, “and the moment politicians decide which is which can mean the end between freedom of expression, in Europe, in Turkey, in Africa and Russia, everywhere.”
She likewise managed to earn the disapprobation of the head of the EU Commission, Jean-Claude Juncker: “One thing is clear to me: no matter how important the work for refugees may be, our values on press freedom and fundamental values do not change,” he said to lawmakers in Strasbourg.
Even her press flacks seemed baffled, reported Der Spiegel:

On Monday morning, during a press conference that itself almost bordered on satire, Merkel’s spokesman Steffen Seibert and Sawsan Chebli, the deputy spokeswoman for the Foreign Ministry, answered questions about Böhmermann’s broadcast. They came across as being confused and perplexed — as if they had been caught off guard.

Then Bruno Kramm, the head of the Berlin branch of Germany’s Pirate Party, protested by reciting the original poem in front of the Turkish embassy in Berlin — and was promptly arrested: 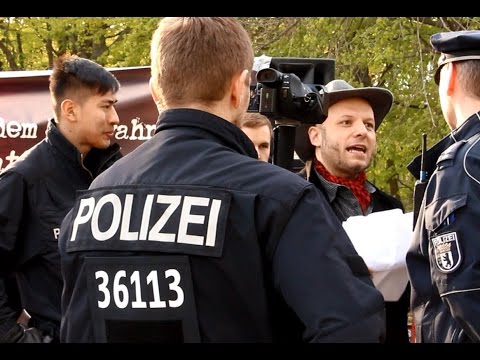 The head of the Berlin branch of Germany’s Pirate Party, who was arrested for citing an insulting poem about Turkish President Erdogan, has told RT people should expect to lose their freedom of speech when their government “signs deals with dictators.”

And everyone (pretty much) in Europe has been asking the same question:

By giving the green light for Mr Böhmermann’s prosecution for mocking a foreign government, under an obscure section of Germany’s 19th-century penal code, she has indulged repression abroad, and tarnished her own country’s reputation for freedom. So how on earth did Angela Merkel allow a joke to go so wrong?

She has, the Guardian correctly observed, emboldened “every over-sensitive authoritarian leader around the world to start demanding that foreign courts step in to save them from being mocked.”
Erdoğan’s certainly been emboldened. The Turkish consulate in Rotterdam has sent e-mails to Turkish groups in the Netherlands encouraging them to report any insult to Erdoğan they spot on social media. Turkey just deported one of my American colleagues, no doubt having properly understood the message: Prosecute our comedians, deport our journalists, lock up your own journalists, whatever — the West doesn’t care.
According to pretty much everyone, the answer to the question, “What on earth was Merkel thinking?” is that Germany, because of its refugee deal with Turkey, made itself vulnerable to blackmail.
But this didn’t quite make sense to me. The point of the refugee deal, after all, was to save the European Union, not hand it to Russia. Merkel may quite badly need Turkish cooperation on managing the refugee influx, but the idea that she would cave on a matter like this just to protect the deal seemed to me implausible.
Then another colleague in Turkey sent me an e-mail with the subject line, Ach so. It linked to a small news item, barely noted anywhere else.
“So it is true,” he wrote:
Germany to build air base in Turkey for ISIS campaign.
Ach so.
The air base, according to a planning paper from the Defence Ministry leaked to Der Spiegel, will be built at Incirlik where the Bundeswehr is now flying reconnaissance and refuelling missions into Syria. Germany is reportedly in discussions with Ankara about a treaty for stationing German soldiers on Turkish soil for long-term deployments.

The plans foresee that in the coming six months Germany will invest around €10 million in an air controller area which is especially for the German aircraft, a further €15 million in accommodation for around 400 soldiers, and €34 million in building a combat headquarters from where missions will be coordinated.

Ach so.
Meanwhile, Obama has been in Hannover, scolding Europe for being complacent about its own defense.
Be careful what you wish for.
“When ISIS is defeated will they will pack up and go home?” wrote my colleage. “Or replace the departing Americans? It didn’t work out too happily last time around.”
The return of Germany to great power politics — and to the Middle East — is at hand. Yet no one seems to have noticed. It’s been buried in the back pages of the news.
It’s not necessarily a bad thing. But it won’t be under NATO’s command, a point that’s probably worth some thought from the White House and some debate among Americans.
What do you think: What might the consequences of this be?