The News from the Old World

Morning reading:
I know: Come on, Claire, wasn’t there any good news?
Well, no. Not a lot.
But here’s a video of Jesper, the skiing Norwegian cat, to lift your spirits: 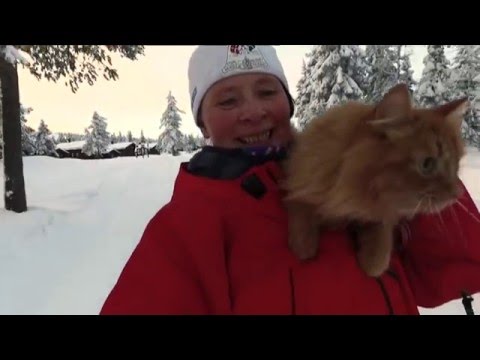 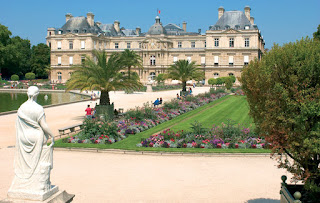 I'm having a bit of trouble scheduling this weekend's Pariscope walk, because my brother and my nephew will be in town, and I don't know what they'll feel like doing, or when. If we time it right, I may be able to take you along on a fun family excursion. We often go to the sorts of place you've said you'd like to see, and you don't want to miss it if we do something as fun as go to the Gypsy Circus again. Leo always agitates to go to the Jardin du Luxembourg, so there's a very high chance we'll do that if the weather is nice, and the weather forecast says it will be.

The problem is the time zone. We did our last walk -- at a time that seemed to work out well for people on both coasts -- at dinner time, here. Watching the Berlinskis eat a pizza and bicker would be a lot less fun for everyone than going to a gypsy circus or the Bois de Boulogne. The time we're most likely to be going somewhere worth sharing with you is the late morning or the early afternoon, Paris time. But noon in Paris is 3:00 a.m. on the West Coast, so I suspect that won't be very practical for you.

It's as good as everyone says, and I don't just say it because he's my brother.

Perhaps what I'll do is this. Do you get an alert on your phone when I broadcast? If so, I may just broadcast anything that seems broadcast-worthy to me whenever it I see it over the weekend. If you happen to be awake, great; and if not, you can see it the next day.

But I could see how well Periscope works for live interviews by interviewing my brother about his new book, Peacekeeping, at a time convenient for everyone. Perhaps on Saturday or Sunday evening, my time, after dinner? That way, those of you who've read the book can ask him any questions you have about it, live.

Those of you who haven't read it -- you should! If you order it today, you'd get it in time to read it, or at least get started, beforehand. It's a page-turner, so you'll be glad you did. I don't just say this because he's my brother. The reviewers agreed, 100 percent:

"Powerfully intelligent . . . A politically sophisticated novel that plants, like pushpins, a handful of memorable characters into Haiti’s arid soil . . . Berlinski has a knack for writing short, sharp, surreal scenes . . . There’s a good deal of magic in the way that Mr. Berlinski, in command of fact and emotion, pilots this big novel safely home." ―Dwight Garner, The New York Times

“A formidable piece of work . . . the book’s easy way with local stories and lore bespeaks the familiarity that comes with rich first hand experience . . . [Berlinski is] a sharp collector of stories, and he has an enjoyable way of threading his narration with story: Berlinski knows how to keep leading us on.” ―James Wood, The New Yorker

“Marvelous . . . Peacekeeping gallops ahead toward the horizon of tragedy, yet the novel is brightened by the author’s sense of the absurdities that saturate an enterprise like a U.N. mission and the weird, byzantine intimacies at the ground level of globalization . . . Peacekeeping, in that sense, is a welcome bearer of enlightenment and a raw reminder of the limits of empathy.” ―Bob Shacochis, The Washington Post

“Mischa Berlinski’s new novel stands out for doing far more than dramatizing news headlines about the beleaguered Caribbean nation . . . Berlinski immerses the reader in an environment so richly detailed that one almost hears the buzz of insects through the pages, but the novel’s plot transcends its tropical setting, resulting in a deeper exploration of what it means to be an observer.” ―Jennifer Kay, Associated Press

"Berlinski's descriptive gifts are terrific . . . The devastating 2010 earthquake naturally figures in the action and elicits Berlinski's most electric, hallucinatory prose . . .Peacekeeping makes you eager for wherever Berlinski will take his own perceptive mode of vision next." ―Michael Upchurch, Chicago Tribune

"Peacekeeping is a dark, funny, powerful read . . . Readers will be glad they made the trip." ―The Christian Science Monitor

“On the troubled half-island of Haiti, love, power, and poverty collide, as do a tough Florida cop, a beautiful singer, politicians, and the United Nations post-2004 peacekeeping mission . . . [Berlinski] is a kind of heir to Graham Greene and Robert Stone, both for his excellent storytelling and for the way it can reveal a bigger picture.” ―Kirkus Reviews (starred review)

"Berlinski follows his National Book Award-nominated debut with a compelling tale that again immerses readers in the intrigues of an enthralling locale . . . The Haiti [Berlinski] describes is one in which there are always multiple versions of the truth, some we can bear to tell ourselves, and others we cannot." ―Brendan Driscoll, Booklist (starred review)

“In tones that shift effortlessly from journalistic to atmospheric to deeply, darkly funny, Berlinski (Fieldwork) evokes a very detailed sense of place in his second novel . . . the pages are steeped in verisimilitude . . . This is a fascinating and well-plotted novel.” ―Publishers Weekly

“With the eye of an anthropologist and the heart of a novelist, Berlinski vividly depicts the stark contrast of physical beauty and grinding poverty that is the essence of Haiti.” ―Library Journal

It would be a pretty softball interview (he's my brother, after all), but it would give us a chance to see if Periscope works the way I hope it will for interviews -- to pull you in, make you part of the conversation, and let you to tell me what questions you want me to ask.

If you can't make it this weekend, just leave your questions in the comments.

Pariscope: What Should We See Next?

I really enjoyed the debut Paris Periscope. I hope those of you who joined me had as good a time as I did. I think the only parts of the experience you missed were the feelings of the cold and the wind, and the smell of the incense in the cathedral.
I need a lot of practice. (How did I manage to put my thumb on the camera so many times? I’ve only got two thumbs. You wouldn’t think keeping them under conscious control for half an hour would be so tricky.) I didn’t realize how loud the wind was. I figure it will take us about a dozen broadcasts to get the technical side of it totally sorted out. But don’t you think this app — or maybe the similar one Facebook’s rolling out — has potential? I really do.
One of the developers, Kayvon Beykpour, was also in Istanbul during the Gezi protests. He seems to have had the same thought I did:

Fast Company: Periscope got popular really fast. What inspired you to create it in the first place?
Kayvon Beykpour: I was in Istanbul when the protests in Taksim Square erupted. It was this really dramatic and pivotal moment, and I remember asking myself whether it was safe to go out or not. So the initial seed of Periscope was, “Why is it that I can’t see what’s happening right now somewhere in the world?” That’s when [my cofounder] Joe Bernstein and I started thinking about this idea of a teleportation machine. Obviously we can’t disassemble your matter and move it somewhere, but we could get close to it.

I knew I could — and would — write page upon page about what was happening, but I also knew that I didn’t have the ability to make people see it. I wrote article after article describing what I was seeing:

Erdoğan Over the Edge … How Erdoğan Turned a Peaceful Protest into a Violent Nightmare … Notes on the Turkish Troubles: America’s Muted Response is Both Confusing and Disheartening. … Tear Gas is a Symptom of Turkey’s Weak Democracy … What’s Behind Turkey’s Unrest. … The Gezi Diaries. …

But what I wrote wasn’t compelling to my audience. I know it wasn’t, because when I came back to the US, I could see I hadn’t made anyone else understand it. People would ask me why they should care. It was as if I’d dropped into another universe, and I couldn’t make them connect. I don’t think it was because I failed to write about the situation clearly enough, and I don’t think it was because my audience was naturally indifferent. I think it was as simple as this: You had to be there. Otherwise, you wouldn’t believe it.
I think live videocasting has real potential for journalism. I bet if you lived through any part of an interesting story with me, in real time, you’d be much more interested in learning more about the story. It could make reporting — to a much larger extent — a shared experience.
My goal in all of this isn’t to go out looking for a story I’ve already decided to find. I want to let you ask the questions that are important to you, look for the answers together, and then let the story tell itself.
So where should we go next? Let’s stick to Paris until we reach the quarter-way mark with funding. (We’re really close!) Paris has no shortage of interesting stories. What you saw on the first broadcast was half a city block, and while not every block of Paris is that beautiful, they are, all of them, that interesting. There were eight million stories in the naked city, and there are certainly just as many in this one.
Now that you’ve seen the demo, you can see how live video-casting might be used. Tell me how you’d like to use it. You’re now officially in charge of the media.